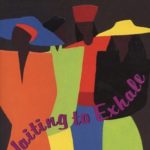 On September 20, 1992 at the home of Priscilla J. Green, Esq. in Hartford, Connecticut, a group of men and women gathered to discuss Terry McMillan’s novel Waiting to Exhale.  This gathering was a result of Priscilla’s reading Waiting to Exhale and being inspired by the social relevancy of the characters and plot – a most worthy and entertaining cause for a discussion.  A book club was born!

Priscilla, the book club’s founder, recognized that this diverse group of passionate readers needed a formal name.  Thus, she launched a competition in 1997.   Gwendolyn Williams’ suggestion of Soul Passages:  A Book Club proved to be a winner!

From the beginning, Soul Passages made a conscious commitment to support African-American authors.  This mission led the book club on literary journeys of cultural adventures and retreats throughout the world, including Martha’s Vineyard, the Catskills, Block Island, the historic Lorraine Hotel in Memphis (where Martin Luther King was assassinated), and the Bahamas.  Soul Passages’ yearly retreats, inspired by fiction and reality, refuel our members as well as our literary mission.

The club has also incorporated community service as a part of its mission. Soul Passages has donated books to a village in Ghana, West Africa, to a Hartford prison ministry, and to the CRT book buddy program. It has provided financial support to the African American Heritage Museum of Southern New Jersey; to the Civil Rights Museum, Memphis, TN; to the Eastville Community Historical Society of Sag Harbor; and to Tougaloo College and families affected by Hurricane Katrina. Soul Passages: A Book Club received the Community Service Award from the National Book Club Conference in 2005.

In 2016, thanks to the tireless efforts of the members of Soul Passages: A Book Club, we met our fundraising goal of $10,000 to establish an endowed scholarship in the name of our late leader Priscilla J. Green, Esq.  at Wilberforce University.  Soul Passages: A Book Club is proud to remember Priscilla with this tribute to help future students prepare for their careers.

Across our 25 year journey, with members spanning the state of Connecticut, some say that it’s the scrumptious cuisine that energizes the lively Sunday afternoon discussions – we have a book discussion, a dining and socialization hour and a business meeting.  Afterwards we vote on our next read.  The reality is that the integrity and goodwill our comrades bring to the discussions, combined with the delectable meal, characterizes the continued success of Soul Passages.

Membership is by invitation with modest obligations:  annual membership dues; a delicious potluck entrée on the meeting date; and an honest commitment to the literary mission. In addition to our fall retreat, Soul Passages meets on the second Sunday during the months of January, March, May and November.    (2019 update –  Penny Smith, CT)

Celebrated 20 Years of Reading with 3 Events:

Any cookies that may not be particularly necessary for the website to function and is used specifically to collect user personal data via analytics, ads, other embedded contents are termed as non-necessary cookies. It is mandatory to procure user consent prior to running these cookies on your website.